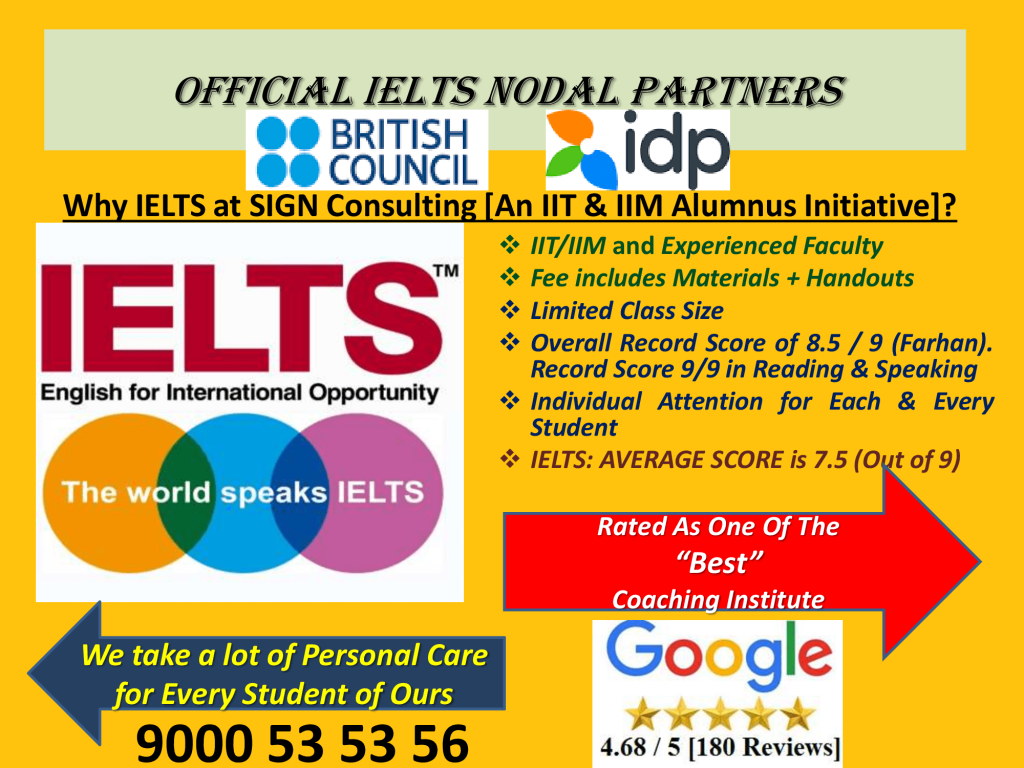 It is jointly managed by: The British Council, IDP: IELTS Australia and Cambridge Assessment English, and was established in 1989. IELTS is one of the major English-language tests in the world.

What are the different types of IELTS Tests?

There are two types of the IELTS test namely IELTS Academic and IELTS General Training.

IELTS Academic is for people planning to study in higher education or seeking professional registration.

IELTS General is for people planning to work or immigrate abroad.

What is the difference between IELTS Academic and General Tests?

What skills are tested in IELTS Academic/General?

The test total time is: 2 hours and 45 minutes. Kindly Note that the Speaking Test is conducted on some other day.

Who is eligible to write IELTS?

Anyone above the age of 16 years can take the IELTS test. If you wish to study, work or migrate to the US, UK, Australia, Canada, New Zealand and in Europe, you can take this test.

What is the IELTS Exam Fees / Test Dates/ Test Locations?

How is IELTS Scored?

Test takers receive a score for each test component – Listening, Reading, Writing and Speaking. The individual scores are then averaged and rounded to produce an Overall Band Score.

There is no pass or fail. IELTS is scored on a nine-band scale (0-9), with each band corresponding to a specified competence in English.

What is the validity period of IELTS result?

While it is up to each organisation to set a validity period that works for their purposes, the IELTS partners recommend a 2-year validity period for IELTS test results based upon the well-documented phenomenon of second language loss or ‘attrition’.

How many days does it take to receive IELTS scorecard?

After online results, you will receive hard copy by courier within 14 days.

IELTS is a registered trademark of University of Cambridge ESOL, the British Council, and IDP Education Australia.